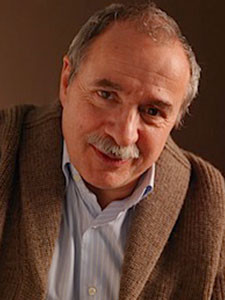 He taught children and adolescents in Waldorf schools for more than eighteen years and worked as a teacher in the Rudolf Steiner University College in Oslo and elsewhere in Europe for over a decade. He is also a lecturer in the training for Waldorf teachers and educators in Ljubljana, where he has been inspiring the future teachers and educators for more than seven years. His remarkable ear for the concerns of young people has led him to counseling for the young who have dropped out of school and are looking for their place in the society. In view of his continuous effort to create warm and constructive relations between teachers and parents, he has been a guest lecturer at a number of education institutions, parents’ courses and teacher trainings in the countries of Northern and Eastern Europe. He also works with the Norwegian radio NRK P2 house, where he hosts his own regular show.

He often draws attention to the importance of preserving and promoting children’s curiosity and to the integrated development, where the hands and the heart are as important as the brain. He also describes the art as the most beautiful way to new knowledge and he emphasizes the rule All in good time as he looks at the childhood as a time of sowing – the fact that is often forgotten by the educators and bureaucrats because they want to harvest at the time when children are still in school.Part of his experiences are gathered in the book In school with heart (S srcem v šoli), which was translated into Slovene and published at the end of November 2014.